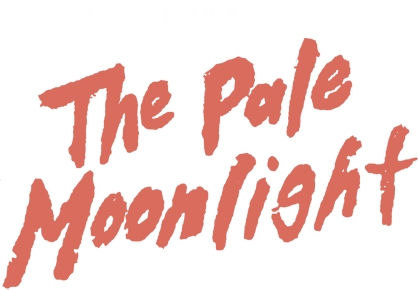 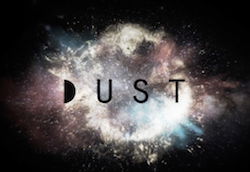 TPM NOW AVAILABLE TO STREAM ON DUST
Friday  November 3, 2017 @ 12:00AM AEST | Sydney AUSTRALIA
The Pale Moonlight is now available to stream on Dust, the first multi-platform destination to experience stunning visions of the future from filmmakers of tomorrow. Congrats to all our cast and crew!! After four years, it's wonderful to see TPM continue to entertain film fans. Dust features the best sci-fi short films, series, and innovative content that cuts through the present to invite the future. We're thrilled at the opportunity of having our humble little film shared to new audiences across the globe, and it's fantastic to see the great reviews and feedback from viewers! A massive thanks to all the team at Dust, and make sure you check out their catalogue of brilliant films, available to watch right now on their Youtube channel.

TPM SELECTED FOR SYDNEY LIFT-OFF ONLINE FILM FESTIVAL
Sunday  October 30, 2016 @ 17:00PM AEST | Sydney AUSTRALIA
Thrilled to announce today that THE PALE MOONLIGHT has been selected to feature as part of the Sydney Lift-Off Online Film Festival! The film will be available for viewing on Vimeo On-Demand as part of a series of films that make up the festival for 2016 from Monday, November 7th, and it will be live until the weekend of November 12th. Learn more about Lift-Off here, a network of global film festivals that nurture independent filmmakers through a unique, industry-focused approach. Stay tuned for more updates on how you can help support TPM at Lift-Off 2016! 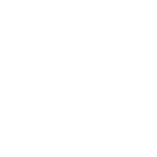 TPM IS FILM SHORTAGE'S DAILY SHORT PICK
Tuesday September 30, 2016 @ 2:00PM AEST | Sydney AUSTRALIA
THE PALE MOONLIGHT has been selected as today's Daily Short Pick at Film Shortage! Film Shortage curates fantastic short films from across the globe, and it's super exciting to have been chosen by them. You can check the film out at Film Shortage here. 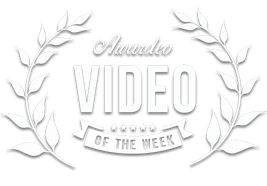 TPM WINS AWARDEO'S VIDEO OF THE WEEK
Tuesday October 27, 2015 @ 12:00PM AEST | Sydney AUSTRALIA
This is just SO cool! We're having trouble articulating how big a thanks we want to give to everyone that voted for, liked and most importantly watched the film! We're thinking universe-sized thanks here. We're already thrilled at the fantastic response the film has had on Vimeo since the voting campaign last week. This is only just the beginning of our web campaign and we're so pumped about reaching new audiences across the globe. 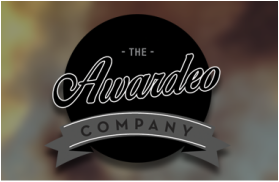 VOTE FOR TPM ON AWARDEO'S VIDEO OF THE WEEK COMPETITION
Thursday  October 15, 2015 @ 12:00AM AEST | Sydney AUSTRALIA
We're excited to announce that THE PALE MOONLIGHT has been selected to compete in Awardeo's VIDEO OF THE WEEK competition on Vimeo. Please VOTE FOR TPM and help us to get Video of the Week!!! Voting is easy...simply visit this link and click vote - you can vote via Facebook or Twitter and it only takes 30 seconds!! YOU CAN EVEN VOTE TWICE!!! THAT'S RIGHT -- T W I C E !!!!! Voting closes 4PM Wednesday 21st October (AEST). Thanks for all your support! VOTE HERE NOW.

TPM ON AIN'T IT COOL NEWS' SATURDAY SHORTS
Sunday October 11, 2015 @ 8:30PM AEST | Sydney AUSTRALIA
We're super thrilled to announce that THE PALE MOONLIGHT has been selected for this week's Saturday Shorts showcase on Ain't It Cool News, curated by Mike 'Muldoon' McCutchen. Make sure you check out the other shorts for this week as well, including BOBBY & THE SAMURAI, SECTOR ZERO 4, SINGULARITY and VALENTINE SURPRISE. Big thanks to Muldoon and the crew at AICN!!! Visit Saturday Shorts here. 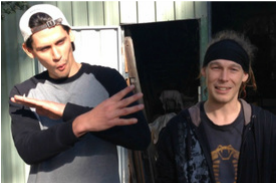 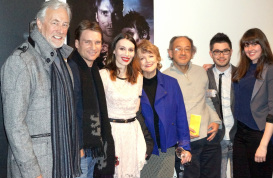 SO WE MADE A WEBSITE...
Sunday August 17, 2014 @ 7:30PM PDT | Los Angeles USA
In celebration of our HollyShorts screening today in Hollywood, we're excited to launch our all new official movie website for THE PALE MOONLIGHT. This is where you'll find all the latest news about the film, our festival campaign and screening updates. Make sure you check out the cast bios, videos or learn more about the festivals we're playing at. Our media section will also aggregate any reviews, blogs or news articles about the film from the web and beyond. So grab a coffee, relax and start exploring! 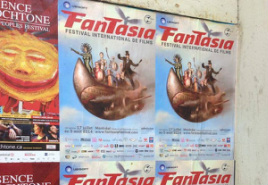 ﻿FANTASIA INTERNATIONAL FILM FESTIVAL WRAP UP
﻿Saturday August 2, 2014 @ 10:00AM EDT | Montreal CANADA
As we wrap up our amazing time at the Fantasia International Film Festival in Montreal, make sure you check out all our photos and updates from the event at our Facebook page here. 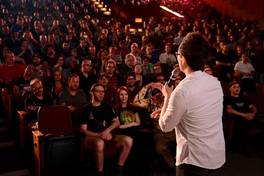 TPM PREMIERES AT THE FANTASIA INTERNATIONAL FILM FESTIVAL IN MONTREAL
Friday August 1, 2014 @ 6:00PM EDT | Montreal CANADA
THE PALE MOONLIGHT enjoyed its world premiere at the 18th Fantasia International Film Festival in front of a sensational crowd in the sold-out Concordia Hall Theatre. Screening with the thrilling new time travel flick PREDESTINATION by Australian directors The Spierig Brothers, TPM was incredibly well received by festival goers. Director Tin Pang was in attendance in Montreal to introduce the film, as well as take part in the 3rd Fantasia Industry Rendez-vous and the 15th Frontières International Co-Production Market.
Create a free web site with Weebly