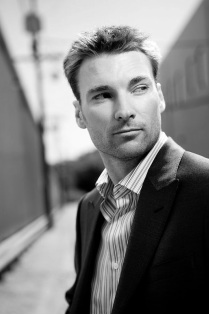 MATT BOESENBERG
is HOWARD
Matt's career began in the theatre, with his first role in the Sydney based PACT Centre for Emerging Artists production Madagaskar Lily. He then moved onto the Australian Theatre for Young People (ATYP) where he developed a passion for Shakespeare. He played the role of Banquo in Macbeth, and Ulysees in Troilus and Cressida. On moving to New York from Australia in 1999, Matt studied with the Atlantic Theater Company (a school started by David Mamet and William H. Macy). Keen to expand his horizons Matt travelled to Oxford, England, to study with the British American Drama Academy,  under the guidance of teachers such as John Barton (director), Jane Lapotaire and Alan Rickman.

Matt has appeared in many Australian dramas including Rush, City Homicide, The Strip, Blackjack, Stingers, All Saints and Home and Away. He is well known for his roles in Satisfaction (as Dougie), and in Carla Cametti PD where he was the hired hit man Sean Hamley. Matt has also had a number of roles in American productions including Alex Proyas' Knowing (with Nicolas Cage), The Pacific (with James Badge Dale) and Invincible (with Billy Zane).

Matt is best known for his work in the Australian television mini-series Underbelly: Razor and follow up series, Underbelly:Squizzy, in which he portrayed notorious psychopath and standover man, John "Snowy" Cutmore. Matt's performance was critically acclaimed as "spot on". More recently, Matt was also seen in the ABC's popular comedy-drama Rake. 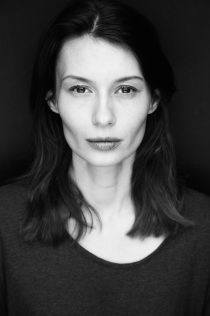 LAUREN ORRELL
is AUTUMN
Lauren is an actor and producer.  On stage she has performed as ‘Stef’ in Louis Nowra’s, The Golden Age (Dir: Sean Mee), Puck in A Midsummer Night’s Dream (Dir Sean Mee) and ‘Beline’ in Moliere’s The Hypochondriac (Dir Bille Brown). In 2011 she made her mainstage debut in Brendan Cowell's Ruben Guthrie as Zoya, at La Boite Theatre under David Berthold. With F & C Theatre Makers she has produced and performed in Titus Andronicus as Tamora at the 2013 Sydney Fringe to good reviews, and as a reader in the 2014 V-Day Sydney: A Memory, A Monologue, A Rant and A Prayer. On screen she has appeared in Julia Leigh’s Sleeping Beauty and Brush, for which she was nominated for Best Actress at the Madrid International Film Festival and for which she won Best Actress at the Los Angeles New Wave Film Festival. Amongst her many and varied roles in short films, she won Best Actress for her performance as The Stranger in Lamb Island at the 2009 QNFA's.

Currently Lauren is co-producing and starring as ‘Kristen’ in Julie Kalceff’s hit webseries, Starting From...Now! (www.startingfromnowtv.com). Her next project to finish writing a series of short horrors for screen whilst smashing out the newly announced Season 3 of Starting From...Now! 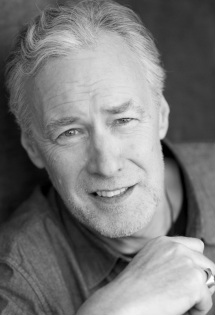 PETER MCALLUM
is THE VAGRANT
Peter trained at London's Westminster Theatre, and has worked extensively in Australian and New Zealand theatre, film and television. Most recent theatre gigs include Waiting for Godot, Canary, The Weir, The Pillowman and Jerusalem (all at the New Theatre), Cristina in the Cupboard, High Windows Low Doorways (Subtlenuance Theatre) and The Dreamer Examines His Pillow (Unpathed Theatre). He’s about to play Sergeant Ray in the New Theatre’s production of Wolf Lullaby.

TV appearances include Home and Away, the telemovie Joanne Lees – Murder in the Outback, All Saints, Criminal Investigation Australia, Packed to the Rafters, Rake, Crownies, Deadly Women, Behind Mansion Walls, Wanted and the NZ soapie, Shortland Street. He features in several recently-produced independent feature films, The Tunnel, Fragment, Hobby Farm, Bedlam and Deceit. Peter is also one of Australasia's foremost voice-over artists, and will soon be heard in the Nine Network's Heidi TV series. 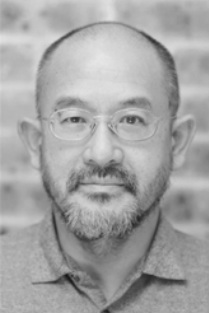 STEPHEN KAU
is CHANG
Trained originally as a high school drama teacher, Stephen enjoys extra work on several Australian film and television productions, including high-profile projects like Fox's The Wolverine which shot in Sydney in 2012. The Pale Moonlight director, Tin Pang, has always maintained that the role of Chang was the hardest to cast, considering that the role essentially ties all the other characters together. Finding Stephen was a true blessing, with the chemistry between Lauren and Gael being the deciding factor. Stephen brings a true sense of twisted menace to his portrayal of Chang, offering a sinister dynamic to the ensemble cast. 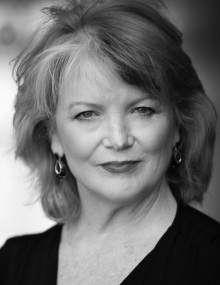 GAEL BALLANTYNE
is THE SENATOR
Gael is a Sydney-based actor performing in film, television, plays and musicals. Gael’s credits are varied from roles in The Drowsy Chaperone (The Hayes Theatre), Three Winters Green (KST) and The Blue Angel Hotel (The Old Vic).

Gael also appeared in The Little Room (Carriageworks) and Charitable Intent (Ensemble). As part of QTC, she appeared in Summer Rain, After the Ball, Cavalcaders and Hope Of The World. For La Biote, she appeared in Furious, Emma, Cosi and Blackrock. She was part of the Original Cast of the National Tours of Mamma Mia and La Cage Aux Folles.

Her film roles include Skin Deep, Fatal Honeymoon, Now You See Her, Risk and Mr Reliable, while her television credits include Gods Of Wheat Street, Home and Away, All Saints, Water Rats, Neighbours, Monarch Cove, Wayne Manifesto, Sons and Daughters, Paradise Beach and Medivac.